This weekend Derrick and I went to Ruhanga in southwest Uganda. 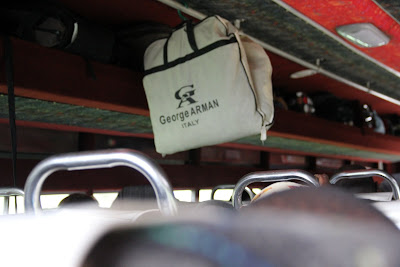 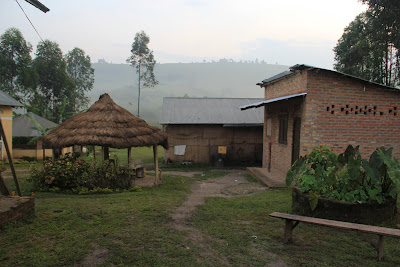 We arrived at the Uganda Lodge (where we would stay the night) when it was raining, but the area was gorgeous once the weather cleared up. 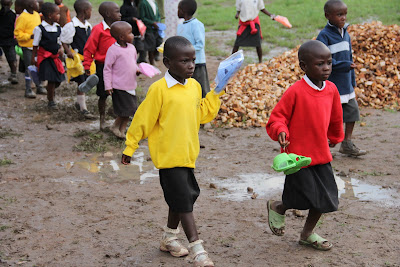 Although my reason for going to Ruhanga was initially work related, I was pleasantly surprised to learn about an initiative to improve health conditions and education opportunities for the local community. The Uganda Lodge supports a school that rests just across the field, particularly by hosting foreign volunteers who donate their time teaching and looking after the students. We arrived on “Parents Day”, where children perform and are awarded for their academic achievements. They were also given a pair of shoes each, as many of them have to walk multiple kilometers barefoot to get to school. 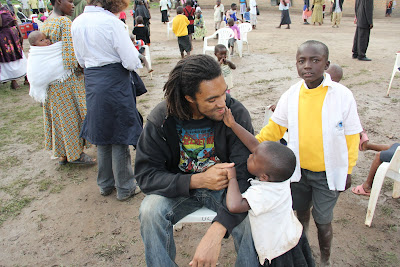 The children are used to white people because of the many British volunteers who frequent the area. But a black guy with dreads? They just had to get a closer look. This little boy (wearing a skirt, but I promise he is a boy) was more daring than his staring peers. 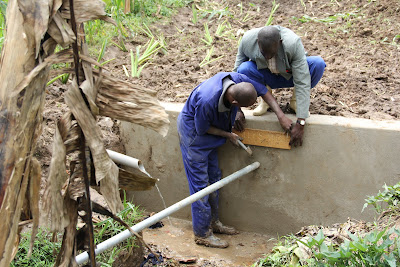 The next day we went on a walk to see the pipeline being constructed in the surrounding hills to provide the community with clean and easily accessible water. Young children were typically sent to retrieve 20 Liter jerry cans full of water, often having to walk up to 4 kilometers. They had to do this about three to four times a day. And did I mention that they were normally barefoot? Because of the pipeline there are spigots scattered throughout the hills so that the children don’t have to trek as far. The clean water also decreases likelihood of malaria (mosquitos thrive on stagnant water). 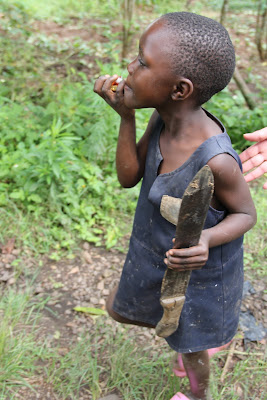 On the walk we met the families and the children who are students at the school. Yes, this little girl is holding a machete. 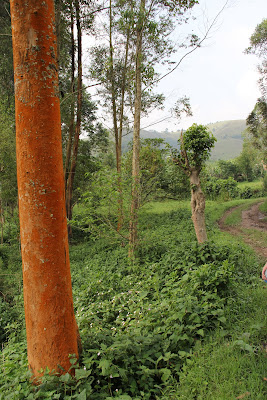 Overall the walk was scenic and a very refreshing change from bustling Kampala. 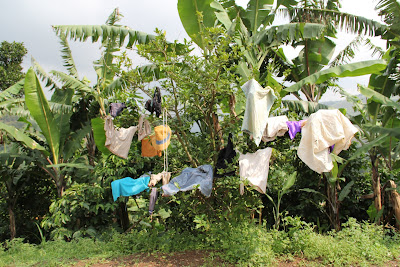 To learn more about the community projects happening in Ruhanga check out the UK charity Let Them Help Themselves Out Of Poverty.